In 1984 Gordon and Rachel Hickson were called to leave their jobs as a Company Director and Research Biochemist, to serve God in Africa. In October that year in Harare, Zimbabwe, they attended a Reinhard Bonnke Crusade, during which the Call was confirmed.

The day after this Call, on 27th October 1984, all hell broke loose against them. While they were rescuing the Personal Aid to President Mugabe, who had crashed outside their house, a 7-ton military truck crashed into them, throwing Gordon into a ditch unconscious with serious injuries, while Rachel was sandwiched between the truck and the car. With two broken legs, she slipped into a terminal coma and was given a 5% chance of living, but with probable brain damage. Through God's intervention, she was miraculously delivered from death, and on her return to the UK, she spent many months in a wheelchair. It was in this wheelchair that her ministry was birthed. 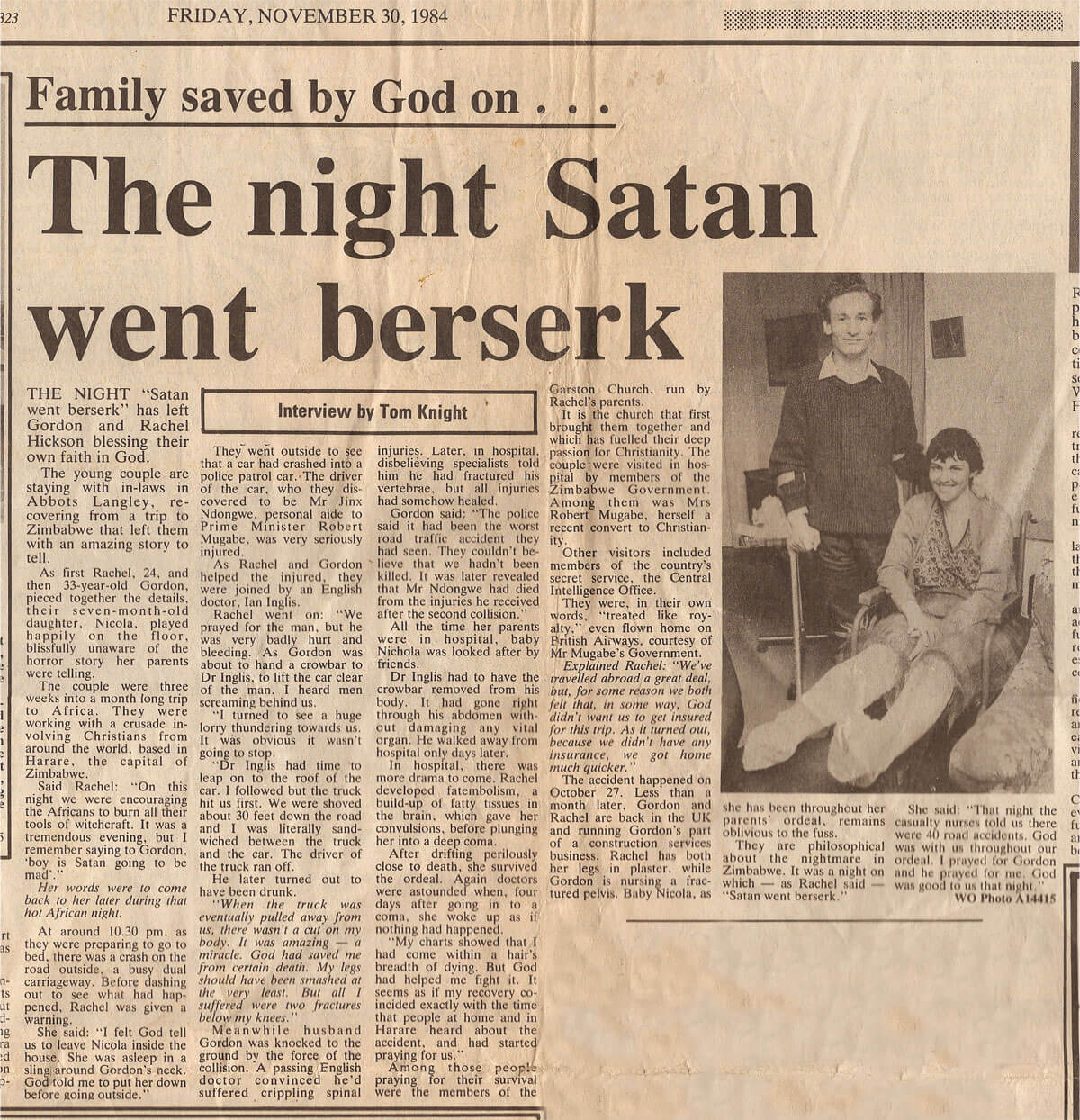 Gordon and Rachel served the Reinhard Bonnke Team of Christ for all Nations (CfaN), as Crusade Directors, from January 1986 to October 1990.

Their first Crusade was in Blantyre, Malawi, which became known as the Malawi Miracle, during which the Team saw the ministry grow from previous crowds of just over 30,000, to well over 100,000. It was in Kuala Lumpur, Malaysia, in 1989, that God finally called Rachel to begin to preach. He called Rachel through a word from the book of Joel, to begin to proclaim to the Nation to prepare for Spiritual Warfare. Suddenly Rachel was launched into a ministry to mobilise hundreds of Prayer Warriors who would fight for a spiritual breakthrough in that Nation. It became the defining moment of Rachel's life, as God miraculously opened up that Nation to hear about the Love of God, with tens of thousands filling the National Stadium. It was also, however, in that Nation that God called Rachel and Gordon to return to the UK to be a part of the growing wave of the Holy Spirit's plan to reawaken the UK and Europe with revival.

The largest CfaN Crusade they organised was the 1995 Hyderabad Crusade in India after leaving CfaN, that drew crowds of over 300,000 people. From the base of being the Senior Pastors of the West Herts Community Church, with its four congregations, in Watford, Hemel Hempstead, St Albans and Garston, Rachel began to minister to women across the Nation. This couldn't be restricted to just women, and so in 1993, Heartcry was born as a ministry to both men and women. Its aims were threefold; to train and equip an Army of ordinary people to release their Heartcry through Prayer, to hear the prophetic Heartcry of God for their streets and Nations, and to learn how to heal the Heartcry of the broken-hearted through the Presence and the Word of God. This led to the birthing of the Schools of Prayer, Schools of Prophecy and Schools of the Word. For the next 12 years, Rachel travelled internationally, often alone, but then together with Gordon and other team members. 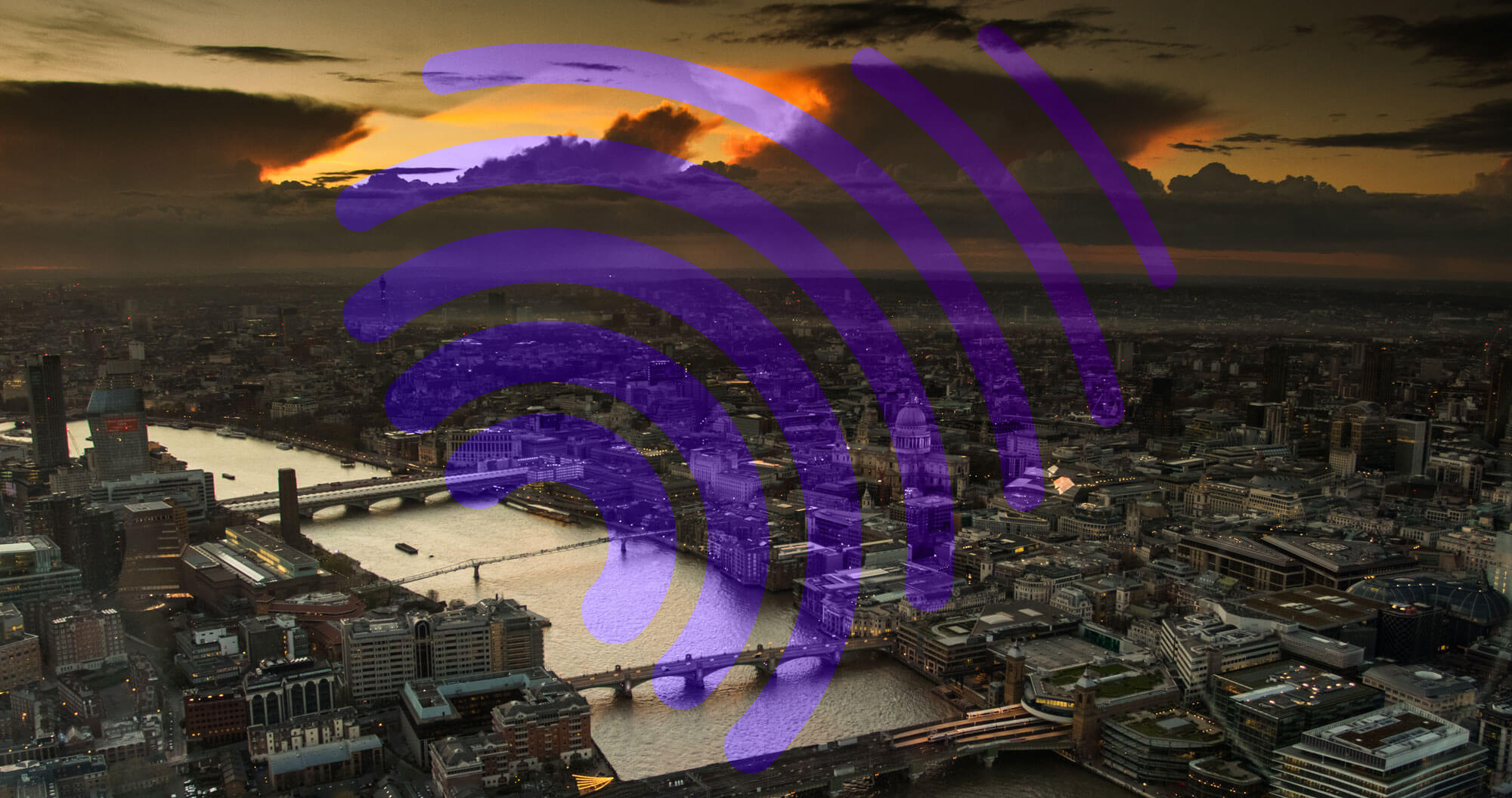 In 1997 the London Prayernet was birthed through a strong dream Rachel received from God, to raise a canopy of 24/7 prayer over London, to abort the demonic plans to harass the church leaders of London, as well as seeking God for His plans to use London as a Spiritual Hub for Europe. Working with many prayer initiatives across London, a London prayer network was launched to facilitate the development of 24/7 prayer. Having maintained this for over 10 years, this is now being re-developed for the next phase of prayer across London.

In 2005, God called Rachel and Gordon to close down their base in the Watford area and move to Oxford, where Gordon became the Associate Minister in a city-centre church, St Aldates, where he served for six and a half years. During these years Rachel’s writing ministry began and she has now written 8 books.


In 2007, Helen Azer, a former Curate from St Aldates, joined Rachel as an Associate and helped to birth "Heartcry for Change" with its new office base in Oxford. Helen has now been part of the itinerant ministry team for over ten years and is one of the directors of Heartcry’s ministries. In 2009 Heartcry for Change was given non-profit status in the USA and the 501(c)3 is based out of Washington State. Gordon and Rachel still live in Oxford and in 2013 Heartcry celebrated 20 years of ministry.