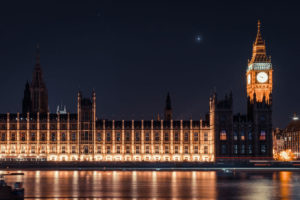 London is the place of legislation and government in the UK and its Parliament is considered the ‘Mother of Parliaments’. There has been a renewed focus by the wider church to pray for the Government, Parliament and those who work there. The election in 2015 was marked by a surge in prayer for Government and the commemoration of 800 years since the creation of the Magna Carta. Heartcry London is looking to develop its links with government further.