Heartcry for Change has always had a concern for London. In 1997 Rachel Hickson launched a prayer network to facilitate prayer for London in response to a dream. This network linked together churches from around the city along the ‘M25’ (the region’s main orbital ring road) to raise a canopy of prayer over London supporting mission within the city and to release God’s plans for London.

However, it was the recent celebration of 20 years since Heartcry’s foundation that God stirred the Heartcry Team’s heart for London afresh. On the back of this celebration a team from across the world gathered for ‘London Calling’ – 3 days of prayer for London which culminated in a strategic gathering in Churchill’s Cabinet war rooms to pray for God’s plans for London to be released.

A London transformed through prayer is a legacy that Heartcry for Change is believing and working for in partnership with other prayer and mission organisations. 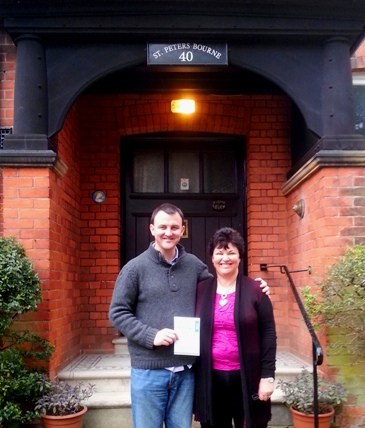 David Vincent is based in North London and has been developing the Heartcry London project on a part-time basis. Married with two children, David first moved to London as a student. He worked in a large central London church before training as a teacher, something he continues to do part-time. David has been involved in prayer in London for 20 years and has been in his current church since 2000. Keep in touch with prayer updates for London on Twitter (https://twitter.com/LDN_prayer_room) The London Prayer Room website will also be live soon…check back here later!